The All-School Read (ASR) is an opportunity for the entire Berkshire community, from students to alumni, to engage in a body of work from a traditional literary perspective as well as a scientific, economic, philosophical, or historical one.

It’s a chance for students to interact with talented authors and thinkers, while considering a given topic in a real-world context. This examination promotes critical thinking and provides an opportunity for a collective conversation on campus. The program launches in the fall with a kick-off event, and the book's theme is studied within the curriculum and revisited during special events throughout the year.

This year’s All-School Read selection is Dan-el Padilla Peralta’s Undocumented: A Dominican Boy’s Odyssey from A Homeless Shelter to the Ivy League, a coming-of-age memoir about an ambitious and resilient young person who embodies the American dream. This compelling story captures the imagination, enlightens the mind, and moves the heart.

Undocumented shares a compelling personal story about family ties, the power and importance of belonging, and the promises proffered in the hallowed halls of elite education. Professor Peralta will visit campus in January 2023, and his story will provide the Berkshire community with an opportunity to engage with one of its core values: Inclusion.

Dan-el Padilla Peralta is currently Associate Professor of Classics at Princeton University where he completed his undergraduate degree and was the salutatorian for his graduating class. He studied at Oxford and completed his doctorate at Stanford. He believes deeply in the importance of public scholarship and has published widely on the history and reception of the ancient and classical Mediterranean worlds. In addition to his memoir, he recently published a book with Cambridge University Press titled Rome, Empire of Plunder: The Dynamics of Cultural Appropriation.

Author E. Lockhart’s No. 1 New York Times bestseller We Were Liars was selected as the 2021 All School Read. The novel explores family, betrayal, privilege, and one young person’s reckoning with a terrible mistake, providing the Berkshire community with an opportunity to engage with one of its core values: Integrity.

Lockhart's visit to campus in the fall of 2021 initiated a yearlong campus dialogue about accountability, trust, and responsibility beneath the Mountain.

For the first time since its inception in 2013, the ASR features six books. We invite you to join us as we explore multiple themes -- immigration, race, love, justice, poverty, class, and more -- through the lens of identity. The selections are: The Book of Unknown Americans, about a family from Mexico who has come to America searching for healing and hope; Evicted: Poverty and Profit in the American City, the Pulitzer Prize-winning account of eight families in Milwaukee struggling to keep a roof over their heads; The Fortunes, a multigenerational novel about a Chinese American family that spans over a century of history; The Hate U Give, a novel about a 16-year-old who moves between the two worlds of the poor neighborhood where she lives and her fancy suburban prep school; The Other Americans, a murder mystery, family saga and love story whose characters are deeply divided by race, religion, and class; and Where the Crawdads Sing, a mystery surrounding a woman who was abandoned at age 10 to live alone in the wild coastal marsh of North Carolina.

We Should All Be Feminists, an essay by Nigerian author Chimamanda Ngozi Adichie, explores the term “feminist” and how important it is, in our modern lives, that we all embrace ideals of gender equality. The book was chosen as Berkshire School celebrated the 50th anniversary of coeducation at the School.

To support the 2019 ASR, author and educator Regina Barreca visited Berkshire to share her insight on the evolution of feminism in America.

Station Eleven, a novel by Emily St. John Mandel, was chosen as 2018's All-School Read. At once a gripping, post-apocalyptic page-turner and an elegy for a lost civilization, Station Eleven's themes explore the resilience of the human spirit and the power of the relationships that bind us together. 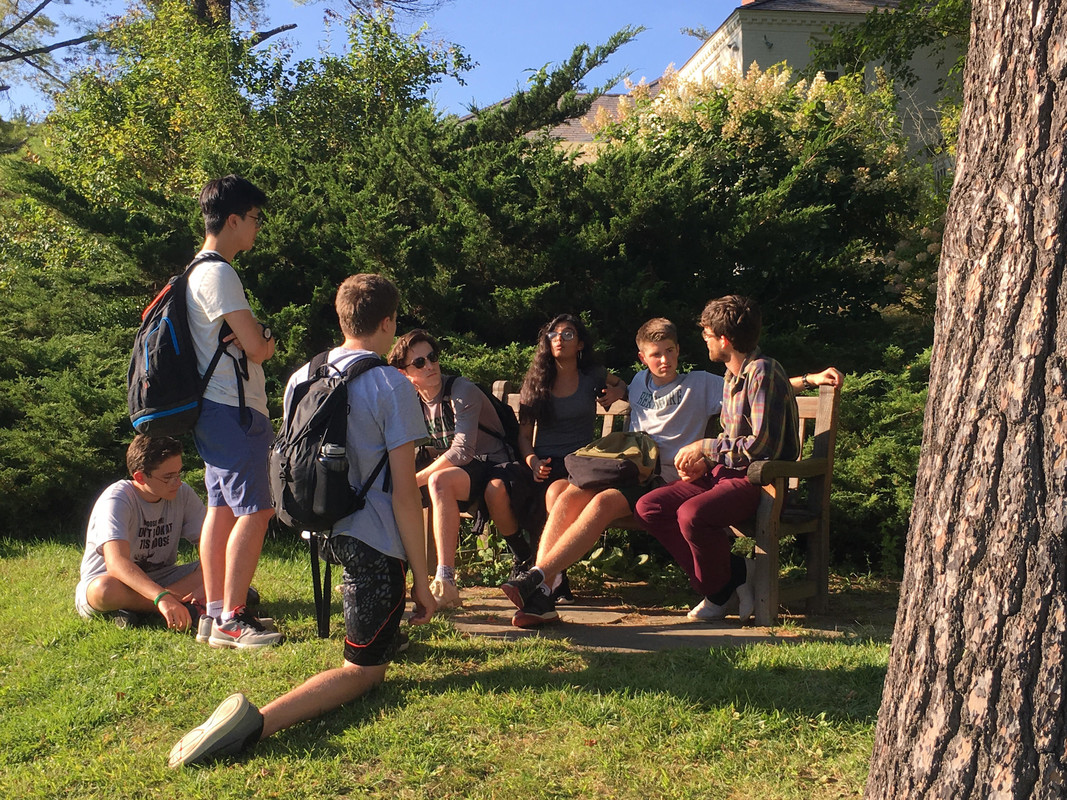 Walking to Listen: 4,000 Miles Across America, One Story at a Time by Andrew Forsthoefel is the story of the young author's journey walking across the United States and the many people he met along the way. It's part adventure story and part portrait of our nation in the 21st century. 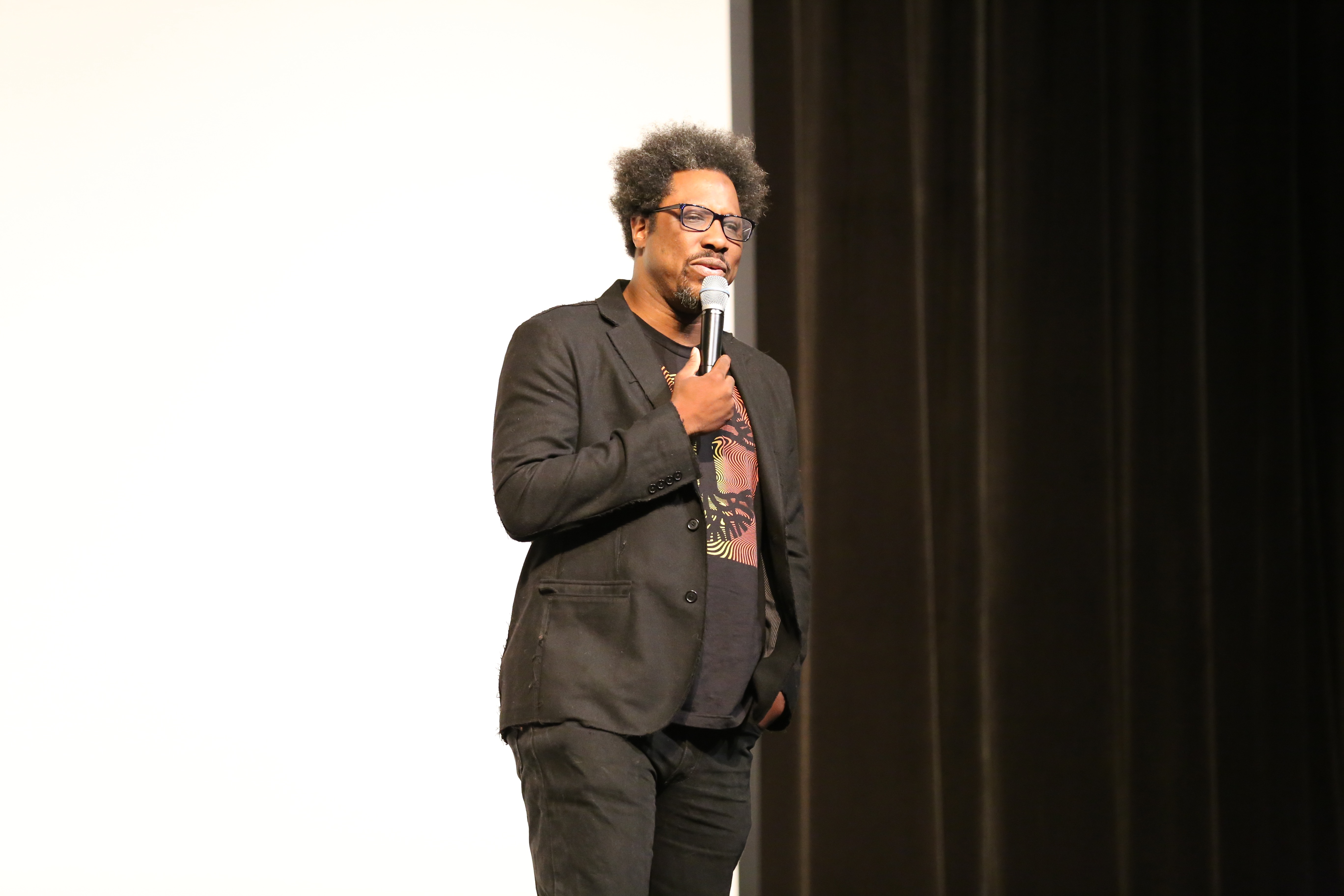 Emmy-nominated political comedian W. Kamau Bell visited Berkshire to present his show, The W. Kamau Bell Curve: Ending Racism in about an Hour. The show was part of the School's 2016 All-School Read program, which focused on Between The World and Me by award-winning author Ta-Nehisi Coates. New York Times Bestselling Author and environmental activist Bill McKibben visited Berkshire for the 2015 All-School Read. McKibben, author of Oil and Honey: The Education of an Unlikely Activist, is the founder of 350.org. Author Tracy Kidder's Strength in What Remains explores the journey of Deogratias "Deo" Niyizonkiza through the horrors of civil war and genocide in his native Burundi, to medical school and a life of healing. Niyizonkiza, founder of Village Health Works, visited the school for the inaugural All-School Read program in 2013.