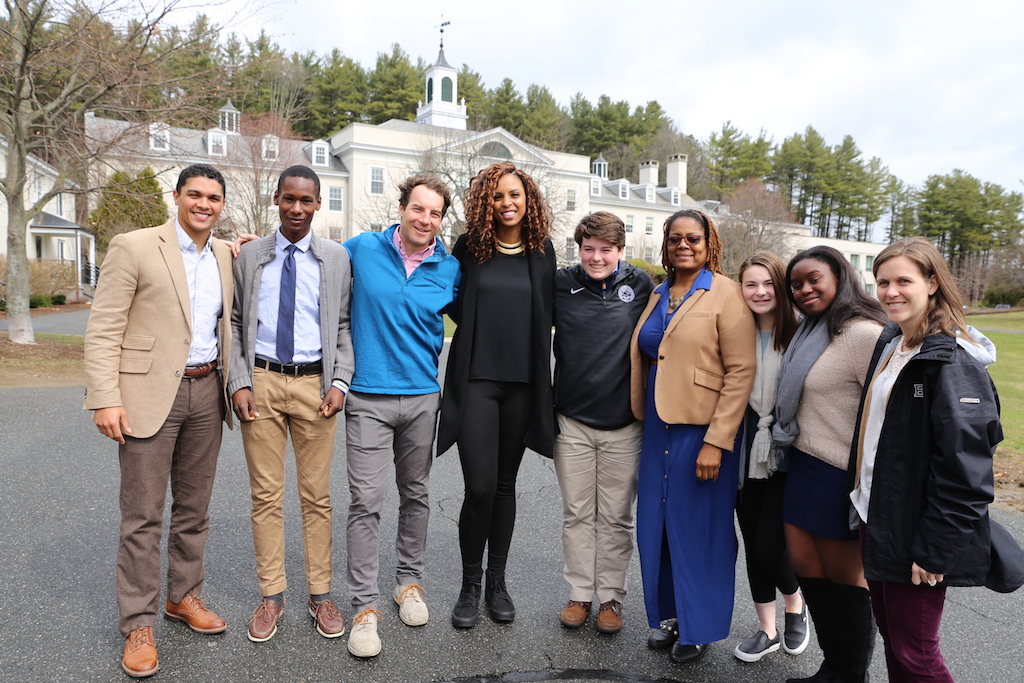 Robinson, who attended Wake Forest University as a four-year scholarship basketball player and now serves as a women's basketball television analyst, spoke to students at all-school meeting on April 17 about "transitions" in life.

"I was 6-foot-4 at the age of 14. This was just the beginning of what was going to be a very awkward transition for me," Robinson said. "I didn't know where I was going to fit in in life. I started to feel out of place, obviously, physically, but also in terms of where my unique qualities lie."

Robinson said the first turning point for her came when a local coach introduced her to the game of basketball. The game taught her about "toughness, communication, and confidence."

Although she went on to earn a degree in sociology from Wake Forest, Robinson said it took several years for her to figure out a career path that she was passionate about. She initially thought she wanted to be a lawyer, then a psychologist, or work as an athletic director. 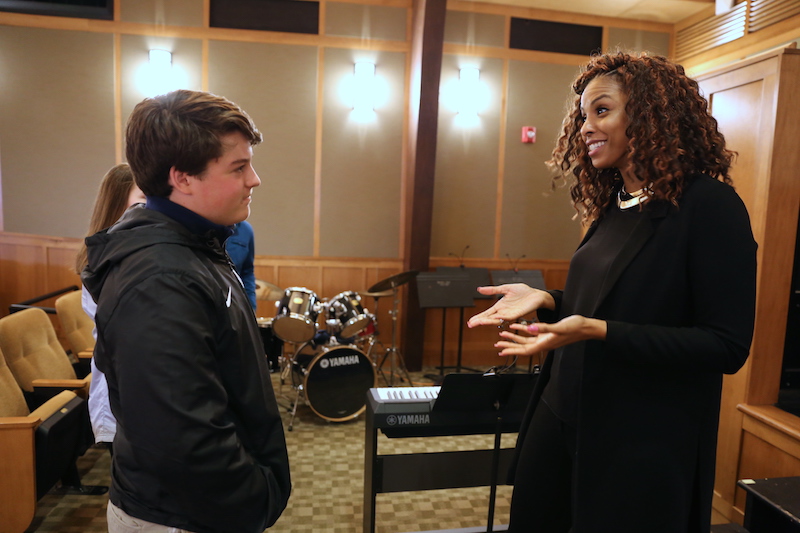 Eventually, Robinson said, self examination led her to back to the game of basketball as an analyst for Fox Sports and ESPN.

"There are things that I had wish I had known when I was in high school," she shared. "Number one: nothing will go as planned. It's really about you having the fortitude, the resilience, and the self awareness, but the courage to also make changes."

Robinson encouraged students to find a support system and to reflect often on the values they find important.

"Once you're consistent in your values, then you can trust it. Trust opens the door for all kinds of opportunities," she said.

Today, in addition to her broadcasting career, Robinson helps student-athletes find a path to their future through her company Stretch Beyond.